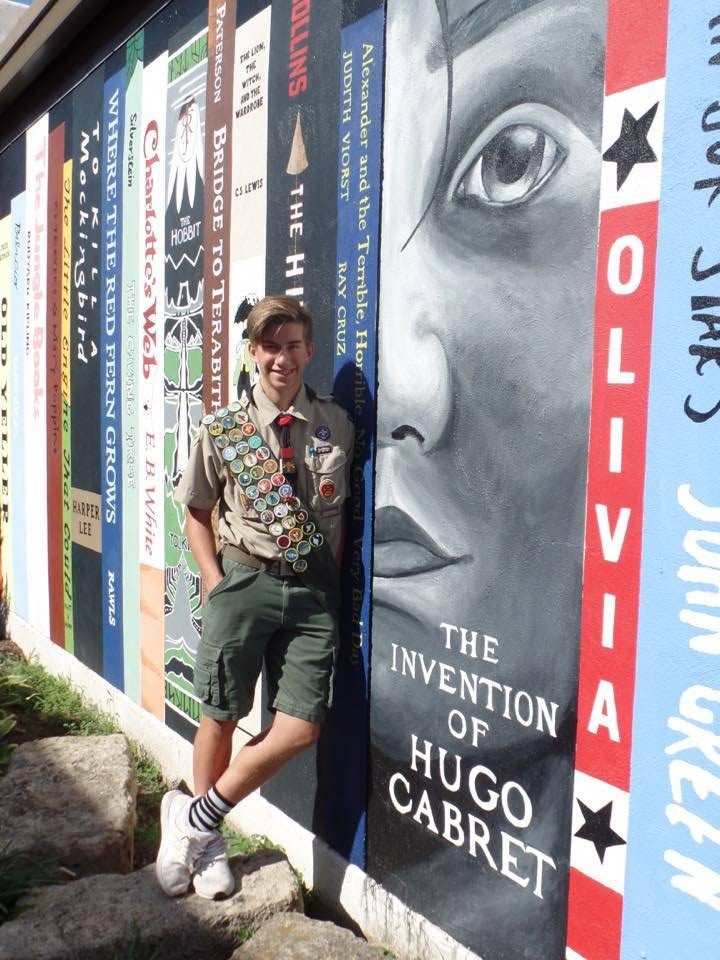 The Marysville Public Library Book Wall Mural Project is the Eagle Scout Service Project of Clayton Pilsl. It is located in the pocket park just west of the library on Main Street.

As the project got further along, a few additional titles were needed, so each librarian and each of Clayton’s parents got to choose a book to add to the wall.

Once he was at the last 10 feet of the wall, the public’s interest had been piqued. An online Facebook poll was taken, and the top three vote receivers were added to the end of the mural.

The mural took a total of 612 man hours to complete, not including all the hours spent in planning and graphing it out. Cost of paint and supplies was just under $800.

He used Nova Color paints and expansion printing paper was used along with a printer from USD 364 to print the book spines at full size.  The backs of these papers were heavily chalked so that the titles could be traced and the chalk would transfer onto the wall to be painted to look like the actual book spine.

This project could not have been completed without the help of Rachel Frese, April Spicer, and Cindy Mattingly, plus numerous other friends and family members.

Clayton has been in Scouts since he joined as a Tiger Cub in the First Grade.  He is a graduate of Marysville High School. Clayton has also received his Ad Alteri Dei award and is a Brotherhood member of Order of the Arrow.  He is the Chapter Chief for the Oregon Trail District of Order of the Arrow and has served as Senior Patrol Leader of Troop 180 in Marysville, Kansas. In high school, he was involved in Art, Football, Swimming, Wrestling, and Track.  Clayton attended National Jamboree in July 2017. 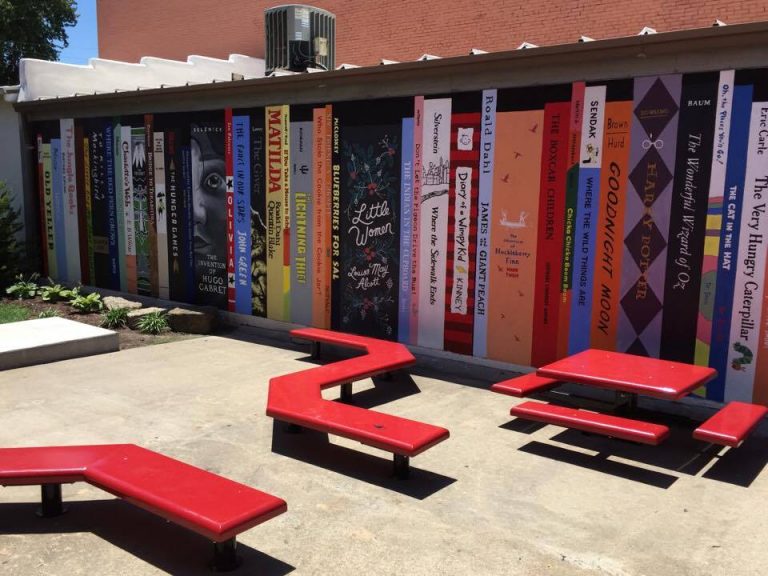 Find some of the classics on the Marysville Book Wall in our online catalog!